Today's announcement has the backing of Benny Collins' family.

The 40-year-old physio was one of two people to lose their lives in powerful rip currents in the bay.

A month earlier, Jaso n North, 42, from Macclesfield, died after swimming in the seas off Three Cliffs.

The picturesque beach is becoming more and more popular and now attracts tens of thousands of visitors a year. Following two tragic drownings there last summer, a community action group was set up which has been working with the RNLI, HM Coastguard, the National Trust and other landowners to develop a community safety plan for the area to help people enjoy the beach more safely.

The RNLI lifeguard service will run alongside a wider safety campaign developed by the community partnership, which will also see improved safety signage around Three Cliffs Bay and a range of community engagement and education initiatives aimed at informing people about staying safe.

The campaign has the support of the family of Benny Collins, who tragically drowned after getting into difficulty at Three Cliffs Bay last July. He was 40.

A statement from the Collins family said: 'We support the community to responsibly enjoy the beautiful Gower coastline, including Three Cliffs Bay.

"Benny was a strong rugby player, physically very fit and an able swimmer and yet did not escape tragedy in the Three Cliffs' waters.  We strongly support education in the community - through schools and community events. We also strongly support clear and effective signage in and leading into key danger areas.

'Lastly, while we would not encourage people to swim at Three Cliffs Bay, we encourage people to only ever consider going into the water if lifeguards are present and only in designated areas. We hope that having lifeguards at Three Cliffs Bay going forward will allow ongoing education of the local community and visitors, and will keep people out of water when rip currents are present.'

Tom Beynon, a member of the community action group and a director of Three Cliffs Bay Holiday Park, said: 'Everyone connected to the Three Cliffs Bay area were hugely saddened by the drownings last year and our thoughts remain with the families and friends of those who lost their lives. The tragic events further highlighted the need to improve safety in the area and there is a common and strongly held desire in the community to do everything we can to achieve that.

'We have been working closely with the National Trust, HM Coastguard, the RNLI and a range of other parties to develop safety plans and hope the lifeguards and other measures will make Three Cliffs Bay safer for everyone.'

Stuart Thompson, RNLI Lifeguard Manager, said: 'We are fully committed to reducing incidents at Three Cliffs Bay and helping visitors enjoy the beach safely and are really pleased to be working with the community and National Trust and other agencies  to this end.

'We have carried out thorough risk assessments at the beach and found that there are sections where swimming can be managed by lifeguards. A designated swimming area will be set up with red and yellow flags where people can enter the water under the supervision of fully-trained lifeguards. Lifeguards will also be on hand to give safety advice to visitors.

'The sea conditions at Three Cliffs Bay can be dangerously unpredictable and at certain stages of tide in certain parts of the beach there can be rip currents. So people visiting the beach should seek advice from lifeguards, only swim during lifeguarded hours and always swim between the red and yellow flags. If lifeguards are not on duty anyone needing help should call 999 and ask for the Coastguard.'

Paul Boland, general manager for the National Trust, which owns the area of the beach where the lifeguards will be situated, said: 'Because of the increasing numbers using Three Cliffs, with its iconic beauty, we are hopeful that the lifeguard service being put in place this year will reduce the risk of visitors to our wonderful coastline getting into difficulties.

'It's going to be reassuring for visitors to the area and locals that all of us involved with Three Cliffs Bay are committed to developing a range of possible measures to manage risk, reduce incidents and improve safety there throughout the year, alongside bringing about the introduction of the seasonal lifeguards.

'Our message at all times is that being aware and vigilant about personal safety is vital to ensure people's enjoyment outdoors is not marred by injury or personal tragedy.'

Nicola Davies, RNLI Community Incident Reduction Manager, added: 'Introducing a seasonal lifeguard service at Three Cliffs Bay is an important step in attempting to reduce the number of incidents that occur there. But equally important is the work being done by the RNLI, the National Trust, HM Coastguard, local businesses, other landowners and the wider community to make sure people are well informed and educated about how to stay safe at the beach.'

As well as Three Cliffs Bay, RNLI lifeguards will also provide a daily safety service throughout the summer holidays at Swansea Bay, Langland, Caswell and Port Eynon beaches between 10am and 6pm. Over the Easter Bank Holiday weekend lifeguards will also be on duty at Whitesands and Tenby South Beach in Pembrokeshire, Aberavon in Neath Port Talbot and Whitmore Bay in the Vale of Glamorgan. 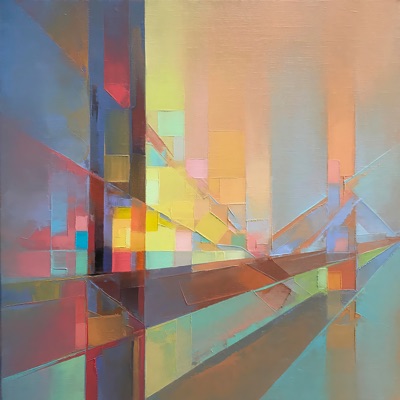